ABOUT THIS BOOK: ‘It must be read by every Indian’
–  Gurcharan Das, author of India Unbound 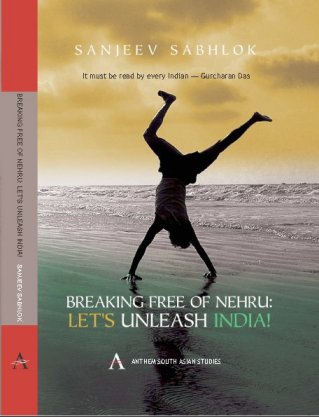 Enjoy the book and pass on this link to your friends. Subscribe to my blog. Join the Swarna Bharat Pary

DONATE: All contributions received will be deployed to spread the message of freedom in India.

ARCHIVAL VERSION WITHDRAWN FROM THE INTERNET
There were many early versions of BFN on the internet prior to this one. The most commonly available version (available for more than one year) was the 0.7MB version containing half the book. This 0.7MB version was kept on this page as an archive till 1 February 2010, but has since been removed, to allow only one version on the internet.

Discovery of Freedom Why the IAS must pack up and go A Free Speech Manifesto Hindu Capitalism Scientific Hinduism Book 1: The role of meat in a healthy diet Scientific Hinduism Book 2: Brahminical (caste) Hinduism: a system of institutionalised oppression Gandhi, a Marxian Luddite The Truth About Modi Modi's Lies to the SIT Modi's criminal spying on Mansi Soni Angrezon Ke Pille (RSS) Into India or Out of India? Did Rig Vedic gods and Sanskrit come to India or go out of India? The Truth about Ramdev Arvind Kejriwal is a socialist Arvind Kejriwal's Swaraj - with critical annotations in blue Islam’s war on liberty: Not just a clash, but a war of civilisations Cost Benefit Analysis and Freedom Notes on Innovation The Glorious Abundance and Creativity of the Robotic Age Dangers of Proportional Representation in India Notes on IQ, race, dignity and liberty The Net Benefit of CO2